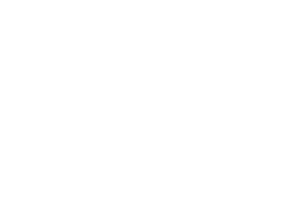 WHEREAS, the film and television industries continue to fall short in eliminating barriers to opportunity for certain groups, resulting in under-representation both on-screen and behind the camera;

WHEREAS, addressing under-representation includes naming those who have been and continue to be under-represented in film and television:  Black, Indigenous, Asian American & Pacific Islander, and other Non-Black People of Color, those of Hispanic or Latino descent, women of all backgrounds and identities, people with disabilities, people over the age of 40, people from certain religious minorities, and LGBTQ+ people;

WHEREAS, the Parties recognize that they have an opportunity to improve hiring practices on their productions and thereby seek to deepen diversity, equity, and inclusion by taking affirmative measures to consider diverse applicant pools, hire qualified individuals from under-represented backgrounds, and to hold themselves accountable by gathering and reporting information and making meaningful contributions to support the hiring of people from under-represented backgrounds;

ACCORDINGLY, The Parties agree to make this inclusion rider (“Addendum”) part of the contract between them on the Picture.[1]

[1] Important Note: the Inclusion Rider is a template; as such, it is not intended to be used “off the shelf,” but rather should be tailored to fit particular situations, ideally with the advice of counsel.

[2] “Under-represented” is intended to be an expansive term, whose definition can be adjusted to address specific situations, or to include other under-represented groups protected by law.

[3] The Parties should determine at the outset of the process who must be involved, i.e., who are the relevant decisionmakers, to ensure successful implementation of the Inclusion Rider.  That might include the Director, Casting Director, Artist, and/or Producer, or others.

[4] In addition to relying on the same Expert who can collect and analyze data, see Paragraphs 4-6, the Parties could also rely upon human resources and DE&I professionals.  See Inclusion Rider Studio and Production Company Policy Implementation Guide.

[5] As discussed elsewhere, we encourage involvement of counsel to ensure compliance with relevant equal employment and non-discrimination laws.

[6] Benchmarks and inclusive hiring targets are not quotas or set-asides.

[7] A studio or production company has a variety of options for how to undertake this:  evaluating the pool for each role, for each production, or across the entire slate of productions on a regular basis.

[8] Examples of these organizations are in the Inclusion Rider Resources.

[10] There may be other roles, whether in production or post-production that deserve consideration.

[11] Efforts to make reasonable accommodations for individuals with disabilities should extend to production locations.

[12] The availability of gender-neutral facilities should extend to production locations.

[14] Use of the Inclusion Rider should not impact story sovereignty.

[15] See Inclusion Rider and Production Company Implementation Guide and Inclusion Rider Resources for guidance and resources regarding how to properly invite disclosure of demographic data at the applicant stage.

[16] There are multiple ways that a company might approach the collection and maintenance of data.  If Company has internal data-analytics capacity, for example, for reporting to Department of Labor’s OFCCP or for EEO-1 reporting, Company can collect and maintain data internally.  However, we strongly encourage the Parties to identify an expert, academic, data analyst, or organization to consult on the collection of data and evaluate that data.  Independent auditing and analysis of data is important to advancing internal accountability and progress.  See Inclusion Rider Resources for experts who may be available to work with the Parties.

[18] The Parties should discuss the scope of EXPERT’s involvement and use of data.

[19] It may be appropriate for the Picture’s Producer to be involved in determinations arising in Paragraph 6.

[20] The Parties may negotiate a variety of meaningful commitments.  For example, COMPANY may agree to contribute up to 1% of the overall budget for Picture, capped at $100,000, to one of the grassroots organizations described in the Inclusion Rider Resources that are lifting up cast and crew from under-represented groups, or to another 501(c)(3) organization whose mission is to increase representation within the entertainment industry, or to address pipeline shortcomings particularly for off-screen roles.  Or COMPANY may undertake an audit to determine best use of resources to address shortfalls in representation on-screen and/or behind the camera.  Or, COMPANY may commit to a meaningful internal budgetary commitment for DE&I work including analysis of their slate and pipeline of projects, analysis of their internal demographics, or investment in pipeline development for below-the-line crew. However, internal investment should be focused on hiring rather than apprenticeship or other programs for temporary work, as research has indicated the priority should be on paid, permanent work.  See Inclusion Rider Resources for ideas on how to make meaningful investments to improve hiring of people from under-represented backgrounds.

[21] With advice of counsel, we encourage the Parties to consider a severability provision, execution in counterparts, and other miscellaneous provisions, consistent with applicable law.